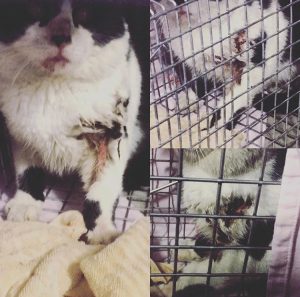 Pony is a community cat in Camden County, NJ. He showed up to a caretakers house with a painful injury on his leg. It was if he knew where to go for help. We trapped him and took him to the vet to have him sedated so his wound could be treated. The vet was able to clean it thoroughly and give him an antibiotic injection. We also had him neutered and vaccinated while he was sedated. 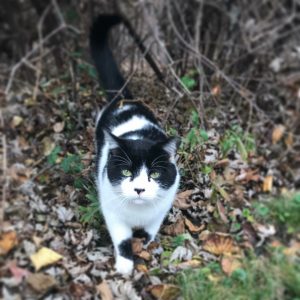 We held him a couple of days to make sure he was healing properly and then released him. Though he was unhappy to be trapped and held for observation after surgery, Pony still hangs around (two years later) the same house. He gets fed daily and has shelter. His injury has completely healed.