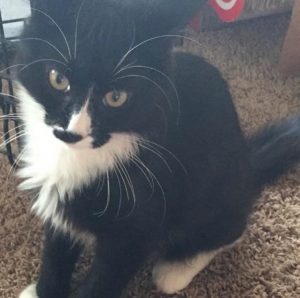 Juneau, Rocco and Shiloh were apart of a litter of 6 kittens that were rescued from a hoarding situation on Long Island. The elderly owners had taken in strays with the best intentions but when they themselves became ill, they were unable to get the strays fixed and the situation got out of control. 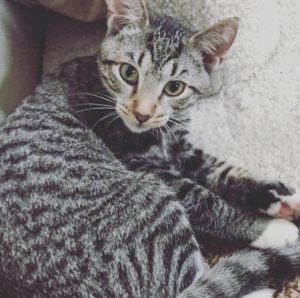 The kittens all had a bad skin infection and intestinal parasites. It took several months of treatment to get them all healthy enough to be spayed /neutered and adopted. Juneau, Rocco and Shiloh who is now known as Gracie all were adopted to the same wonderful homes. They have feline and canine siblings and everyone gets along beautifully.